As a continuation of my last post where I was talking about the strategic news of Horizon Europe, today I bring you the news related to the practical aspects of participation. For all of us who work with participants or are participants in the first person, this will be “our daily bread” from 2021, so stay tuned for curves to come.

In this section we are going to deal with different issues that are related to the day-to-day life of the participants of the framework program, and which will undoubtedly mark important changes when preparing the proposals.

In general, the participation process does not change, having to present ideas to individual or consortium calls, with their evaluation phase and the signing of the grant agreement. There will be adjustments for the sake of simplification. It is still a program very open to the participation of any type of entity, public and private. The novelty with respect to H2020 is that there is the possibility of excluding specific entities from a country due to security or competition issues.

They only receive funding, as in H2020, Member States (MS), Associated Countries (AC) and Third Countries (TC) of lower-middle income. The association agreements have not yet been signed, so an extension of those that existed in H2020 will be made, at the expense of what happens with the United Kingdom.

Regarding the number of participants in consortia, the H2020 rule is maintained, but the novelty now is that there must be at least one entity of an MS for the consortium to be eligible. In individual actions, this condition can be met with a AC and in the CSA there will be a possible exception so that they are also the TCs if it is a single participant.

In relation to the types of actions in Horizon Europe, the terminology is quite continuous (RIA; IA; CSA; PPI; PCP; Co-financing, MSCA, ERC, Prizes). The change comes in the actions of the EIC – Innovation and Market Deployment Actions (IMDA). This is the name that the actions focused on blended finance will receive, which mix subsidy and capital.

The funding percentages are maintained for the vast majority of the actions, up to 100% of costs eligible for grants. In IA, 70% of financing is still maintained for profit-making entities. In co-financing actions, the percentage may vary between 30-70%.

If we talk about requests there are going to be some important changes for the participants. Everything will be electronic, and there will continue to be the need to present an administrative and a technical part, simplifying the administrative one.

The technical part undergoes changes, here comes the key for me as a consultant, and that is that the extension of the technical memory is reduced. RIA, IA speaks for a maximum of 45 pages. In the case of CSAs we would be talking about 30 pages. In the calls in two stages, the first would remain the same, with a pre-proposal of 10 pages, and later we would go to the new limits of 45 pages for RIAs and IAs. It is a very important reduction, we have to go more directly to the point and explain everything much better than we were already doing.

This reduction is understood when we analyze a little the novelties in the evaluation process. The evaluation criteria at a general level are maintained (Excellence, Impact and Implementation). Broadly speaking, it is continuous, but an important revision of the evaluation sub-criteria is wanted to avoid duplication. The great novelty is in the implementation criteria since the management structures will not be evaluated, they should not be included in the drafting of the proposal. It is seen that in Europe they have realized the “copy-paste” that represents a large part of this section, with 4 or 5 models of structures that are repeated ad nauseam. This is over. Hence there are fewer pages in the RIAs and IAs. 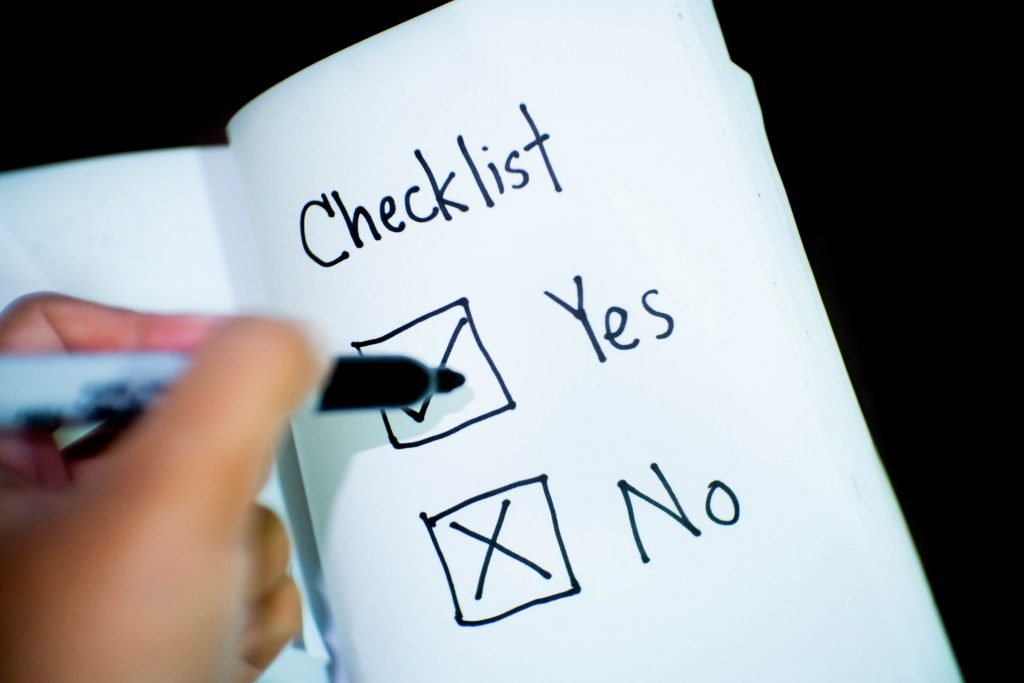 But instead of the management structures, the operational capacity of the consortiums will be evaluated through what is proposed in this section: know-how and resources to carry out the project. This sounds a lot to me like the “Team” part of the old instrument for SMEs and the current Accelerator, that is, we are going to stop chatting and tell who we are, what we propose and why we are the best to achieve what Europe is proposing.

I sincerely love this modification. Everything that is to write less and write better, without taking anything for granted, a priori equals everyone. Now that we must also take into account the new forms of evaluation that the Commission wants to test and that we will see where they can be applied so that they do not collide with these reductions in the proposals.

And by this, I mean the anonymous evaluation process. It has been taking place since Horizon 2020. The evaluators do not know who the proponent is, they only evaluate the idea and how it is put into operation, avoiding biases or imbalances. The concept is simple, but putting it into practice is complicated. It will not be valid to not put the name, but if there is data in the proposal where we can clearly be identified, the proposal may be invalidated. COST Actions are in fact governed by these types of evaluations. This evaluation possibility exists in the Horizon Europe legal framework, pilots will be launched in evaluations in two stages where this type of evaluation will be applied to the first evaluation phase.

The European Commission also wants to seek greater transparency and greater interaction with the participants. How to achieve this is under discussion, but they have raised some suggestions, such as making it easier to claim. They want to include information in this regard on the Commission’s portal in a clear way.

Another idea is to incorporate hearings into projects to interact with participants, for example. And the jewel in the crown, in my opinion, if implemented, would be the possibility of refuting the evaluation. That pilot would consist of the individual evaluations drafts being sent to the proposal coordinator. The coordinator would have 5 days to reply to these drafts, and those comments would be taken into account in the final evaluation panel. A first pilot is expected in the first calls, but this only complicates the role of the evaluators in the new framework program, with increasing responsibility. Even so, Spain is the 4th country in evaluators in Europe, and this is phenomenal to improve participation.

It remains quite similar to that of Horizon 2020 but with the new Horizon Europe requirements, with the scheme of 5 months from the closing of the proposal to the communication of the result, and then a maximum of 8 months until the signing of the grant agreement. It should be noted that the model grant agreement will be common with other Union programs (Corporate Model Grant Agreement). There will be a common terminology, but there will be changes compared to what we usually use in the framework program.

The most substantial change in this grant agreement concerns personnel costs. Now they are going to have to calculate the daily hourly cost. The conversion will have to be done, but the model is a single and electronic one for all the programs.

Continuing with the new cost structure, the use of simplified models such as lump sums is foreseen. It is not known what the real impact of this cost model will be, the legal basis will allow them to continue to be used. Looking at the trend of pilots launched in 2018, we understand that they will continue to be launched in the first HE calls. We do not yet have the conclusions of the H2020 pilots because the projects have not finished, but the participants who have used them can give feedback on the advantages (simplification of the monitoring) and the problems (internal tensions in the consortia, more are assumed risks that are assumed in a normal project). 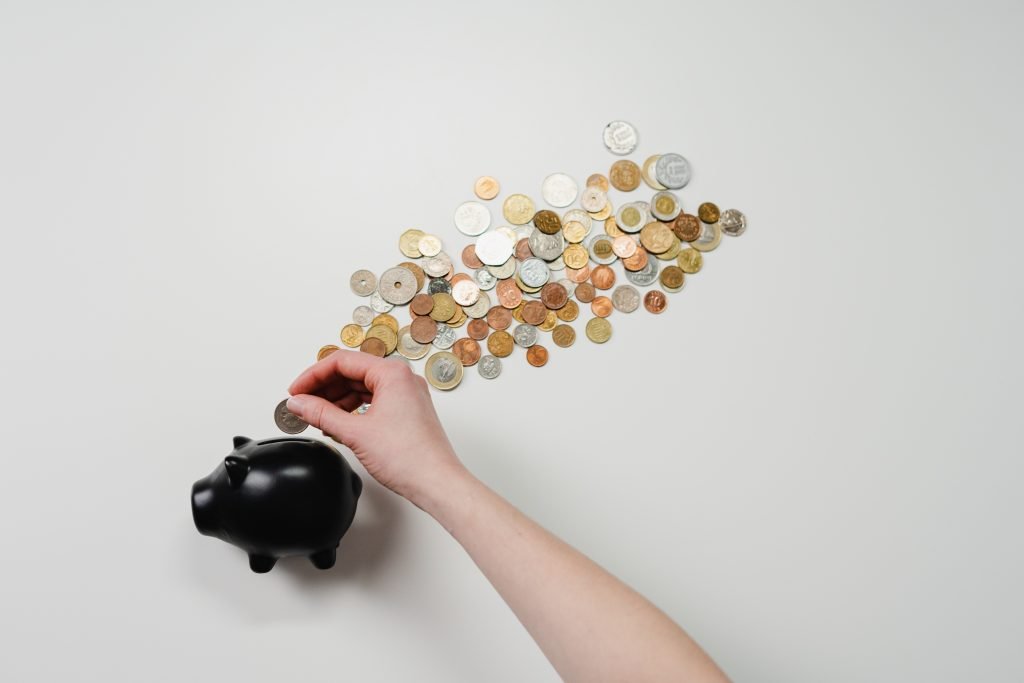 It becomes an eligibility criterion for institutions in Horizon Europe to receive funds. At the moment it focuses on public organizations, universities, research centres. In companies it is not yet mandatory to have this Gender Equality Plan, but it will be in the future. What the European Commission will check is whether the beneficiary has published a document with all the resources and indicators that help us implement the gender equality strategy, training courses for awareness, etc. The work team must be involved, the group receiving the funds, not only the institution in general.

The Technology Readiness Levels, TRLs, began to be used in H2020 and they have helped us to know if our idea was a good fit for the call. In the topics we will continue to meet, with very open definitions and the proponent will have to demonstrate that it conforms to what the topic requests. Also in the EIC will begin to talk about Business Readiness Levels (BRL).

It has already been used in Horizon 2020 and consists of a certificate for projects that are good, that get a good ranking, but that do not reach the cut off to be financed. Projects with this Seal of Excellence can be financed with regional funds, for instance etc. But in Spain we need a strategy at the national level. In fact, work has already been done on this line and the seal of excellence has been included in the State Plan and the Smart Specialization Strategy of the State Plan. This is the door to the Cohesion Funds, but there must be the involvement of the Autonomous Communities, which can integrate these financing into their regional plans. It is undoubtedly a way to improve financing conditions and smart specialization, seeking real synergies between European funds.

A small draft of this plan will have to be submitted at the proposal stage. During the first 6 months of validity of our financed project, we will have to present the complete plan and later update it.

New quick procedure to reduce the time to grant. It will focus on Pillar 2 or Pathfinder projects, with financing conditions of 2.5 million euros and a maximum of 6 participants, with the European Commission committing to a 6-month time to grant. The share types will be RIA and IA and, although it is similar to the H2020 FTI, it undergoes slight changes.

With this second part the general news of the new Horizon Europe framework program ends. As work programs are consolidated we will continue talking on the blog of those issues that are of most interest to the strategic community, such as the Marie Sklodowska-Curie Actions or the European Innovation Council. But as always, I am open to suggestions. Leave them in the comments if there is a topic that you find relevant and that you want us to talk about!

See you next time!

This site uses Akismet to reduce spam. Learn how your comment data is processed.